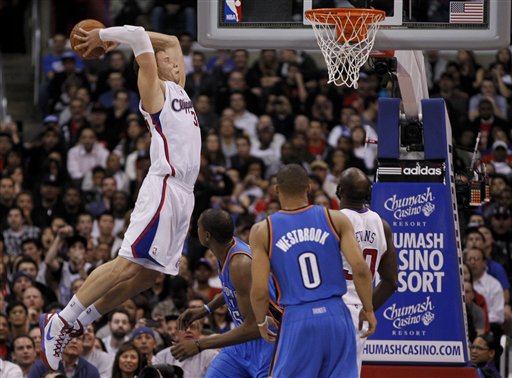 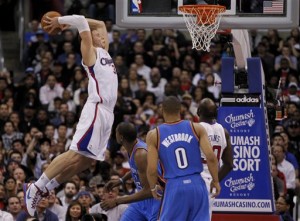 Griffin had 22 points in a 112-100 victory, but the dunk was what everyone was talking about.

Griffin downplayed his monster move after the game, a sly smile only briefly breaking his serious expression.

“Chris Paul commands so much attention out there. He came off the pick-and-roll and he hit me in stride,” Griffin said.

Paul added: “I told Blake after the game, `Thanks for letting me be part of that.'”