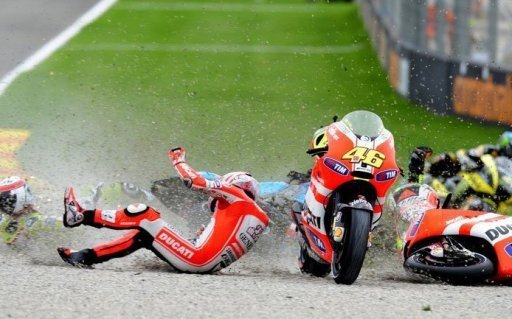 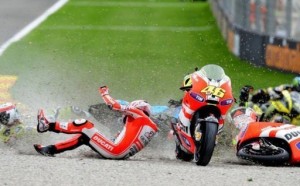 Former MotoGP world champion Nicky Hayden has suffered a training injury which has thrown his participation in testing in Sepang, Malaysia at the end of next month into doubt, his Ducati team said on Thursday. The 30-year-old American was only just back on his bike after crashing at the Valencia Grand Prix in November.

This time, he broke his left shoulder blade and suffered two fractured ribs, although Ducati said he would not unavoidably have to undergo surgery, pending an assessment of the injuries in California. Winter testing is due to begin January 31 at Sepang and Hayden said he hoped to heal in time after his misfortune at a private track near his Owensboro, Kentucky home.

After the accident he went off to have a series of x-rays, a CAT scan and an MRI. “It’s disappointing, but there’s nothing to do about it but heal quickly. Anyway, this doesn’t change my expectations for 2012 which, fortunately, is just around the corner.”The first race of the new season will take place at the desert circuit of Losail in Qatar on April 8, 2012.