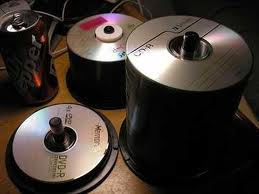 “ The move to ban illegal file-sharing sites is not a form of censorship but a way to prevent a violation of the law by irresponsible parties for us,” said Datuk Freddie Fernandez, president of Karyawan, the group presenting local entertainment celebrities.

“ The extent that pirated CD or VCD sellers find it hard to sell their products and illegal free downloads via the internet already have wrecked the industry,” he said yesterday.

He said again that he was commenting on the Malaysian Communications and Multimedia Commission order to all Internet service earlier this month to block access to 10 file sharing websites.

So many believe that even do they block it would not solve the violation of copyright.
Karyawan and its artisted said that music fans must bear the consequences of piracy and illegal download to ensure the survival of the local music industry players.

“The public still can easily open another illegal downloading site even do we ban a few sites now.”

“The Government needs to do is to address the public’s attitude toward the piracy through education,” he said.

The vocalist from a local band Emergency, P.Vijay, said that the fans must know that when they download free songs it consider as they are not supporting their idols but killing their careers instead.

“The effects really hits us so badlly that we don’t encourage our children to become musicians with the illegal downloading.

“It hard to even dream of putting our kids through college for the local artistes,” said Aznan- The Star