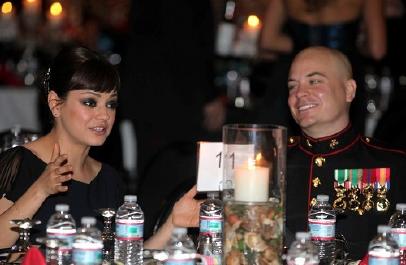 He was the envy of his friends and colleagues when he bagged a date with movie star Mila Kunis.
And Sergeant Scott Moore has opened up about his magical night with the Hollywood hottie revealing the pair ‘had a blast’ at the annual Marine Corps Ball.

Speaking to Good Morning America today Sgt Moore told how the 28-year-old actress made the night extremely memorable for him and his friends.