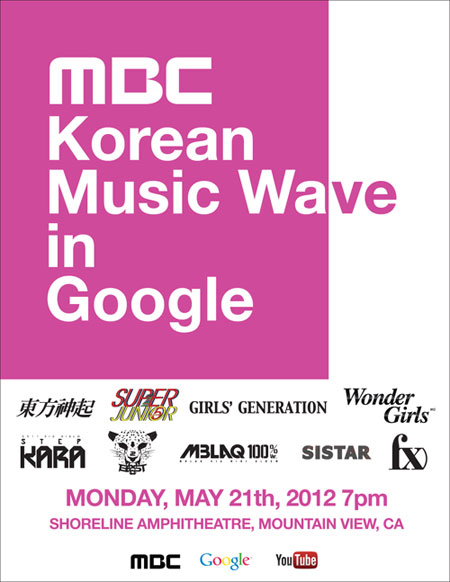 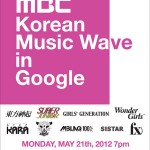 MBC kpop music wave is back after Bangkok, Thailand in April 2012. The next venue now is in Google and Youtube will be having a live streaming of the entire two hours concert in Sans Francisco  at Malaysia time 10am, 22/05/2012.

MBC Korean Music Wave had already been held in many places like Tokyo, Paris, Niigata and Sydney. There are many Korean groups performing in this concert including Super Junior, Girls Generation, Wonder Girls, KARA, f(x) and many more. The emcees for the concert are Tiffany and Tae Yeon from Girls Generation.

It’s gonna be a great concert for the kpop lovers where all the popular Korean Groups are performing!

Log on to MBCkpop channel at 10am to catch the live concert brought to you by Youtube and Google.