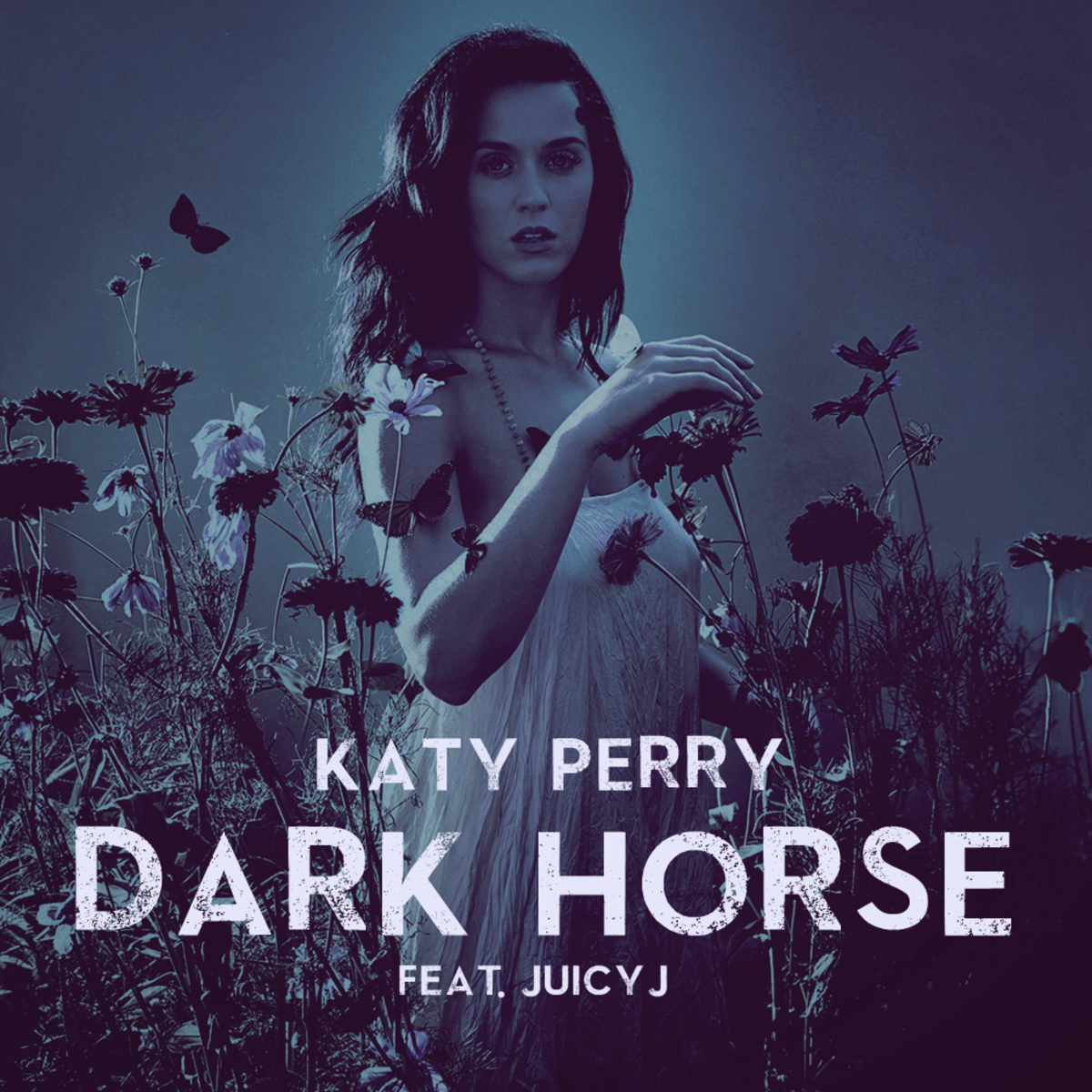 “Dark Horse” is a song recorded by American recording artist Katy Perry featuring rapper Juicy J, becoming her third single to feature a guest, since California Gurls, which featured Snoop Dogg, and the remix of E.T. (song), which featured Kanye West. It was released on September 17, 2013, by Capitol Records as the first promotional single from Perry’s fourth studio album, Prism (2013). Three months later, it was released as the third official single on December 17. Both artists co-wrote the song with its producers, Max Martin, Cirkut, and Dr. Luke, alongside Sarah Hudson. It was conceived by Perry and Hudson during a writing session in Perry’s hometown of Santa Barbara, California, and Juicy J was later commissioned for a verse on the song.

“Dark Horse” combines the genres of trap and hip hop, creating what has been described as a “Southern rap-technomashup”. The track features a minimal production, with a “seductive” and “mature” tone to Perry’s vocals, while Juicy J is featured on the song’s intro and rapped-bridge. Perry, in interviews, said she wanted the song to have a “witchy,spell-y kind of black magic-y idea”, so she wrote it from the perspective of a witch warning a man not to fall in love with her because if he does, she will be his last. The song was part of a competition sponsored by Pepsi in which fans could vote via Twitter on whether they would prefer either “Dark Horse” or “Walking on Air” to be released as the first promotional single from Prism.

Upon release, “Dark Horse” received mixed to favorable reviews from contemporary music critics, who praised its experimentation with urban music and Perry’s vocals but were less favorable on Juicy J’s contribution to the song. “Dark Horse” has been a commercial success, charting at number one in Canada, the Netherlands and the United States. It also reached the top ten in almost 20 countries including New Zealand, United Kingdom, Sweden andVenezuela as well as the Digital Songs chart of Billboard magazine. Perry first performed the song live at the 2013iHeartRadio Music Festival in Las Vegas on September 20, 2013. The song’s first major television performance was at the 56th Annual Grammy Awards on January 26, 2014. The song has sold 6 million copies worldwide, becoming one of the best-selling singles of all time. As of mid June 2014 the accompanying music video for the song that has released on YouTube and Vevo, has received over 410 million views.