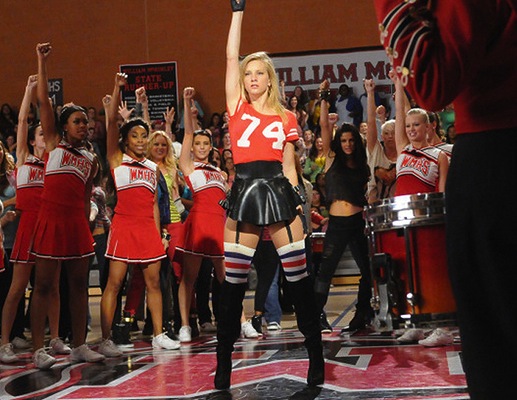 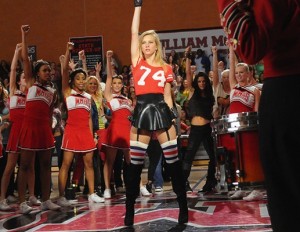 On the coming episode of “Glee,” cast members take on songs from Beyonce, Coldplay and the musical movie “Fame.”

In the scene, which premiere on E!, Brittany (Morris) and Santana (Naya Rivera) tell Rachel (Lea Michele) and Kurt (Chris Colfer) why there needs to be a female class president, which leads into the song.

Other songs in the “Asian F” episode including Coldplay’s “Fix You,” Dreamgirls‘ “It’s All Over,” West Side Story’s “Cool,” Fame’s “Out Here On My Own,” and Jennifer Hudson’s “Spotlight.”

That Effing Show #68 The Revenge of the OWC!