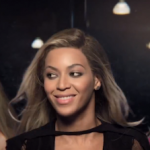 Executives close to the development and production of the spot say Beyonce was very hands on — offering ideas for the creative concept, as well as weighing in on wardrobe decisions and her lines.

“We’ve worked with a lot of athletes and celebrities, usually the client and agency develop something, then it’s presented to the artist or athlete for approval. And then you all go make it and they sign off and approve the final content,” said Chris Mendola, chairman-founder of 180 LA, the agency that worked on the spot. “This was nothing like that at all.”

“Certainly from Beyonce’s standpoint, her image — it’s impeccable,” Mr. Mendola added. “This isn’t a negative, but there was just a high level of perfection, a really, really detailed level of perfection to craft this particular film to the standards of Beyonce and Pepsi and 180.”

Beyoncé – Dance For You – Video