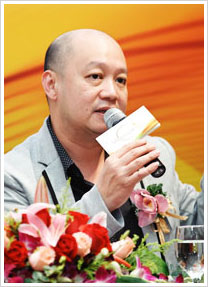 Dr. Nixon Yap, a Malaysian entrepreneur with holdings in entertainment, mining, financial services and agribusiness, has signed an Agreement to purchase a German AG company listed on the First Quotation Board (FQB) Open Market of Deutsche Boerse in Frankfurt. Transfer of the listed company is expected to take place after due diligence and the sale of shares this month.

Dr. Yap operates a diversified business empire from Malaysia with holdings across Mainland China, Southeast Asia and North America. Investments extend from film studios, agar wood plantations, lottery companies, mining rights and an events organizer. A number of these businesses are prime for listings. Dr. Yap has already explored opportunities in the capital markets of Germany, the US and Canada.

“The acquisition of the Frankfurt listed company is an important step in bringing one of our maturing business to the public market,” remarks Yap, Chairman of Hong Kong-based Asia Entertainment Media Ltd. “This is no longer an easy task. Global capital markets are undergoing watershed changes. Sino Forest problems in Canada, delisting of China OTC companies due to a backlash from investors and the eventual closing of the Frankfurt FQB due to cases of market manipulation have shaken the capital market.”

Dr. Yap has purchased the German listed company, which now holds a dormant business, to inject companies from diversified businesses under his control. In addition, Dr. Yap cites landmark changes in the German capital markets as an important factor in making the decision to purchase a listed German company.

A sequence of German regulatory decisions was kicked off on December 20, 2011, when the Deutsche Boerse announced a halt to new listings on the FQB, a regulated stock exchange with lower levels of disclosure. Matters accelerated on February 2, 2012 when the European Commission rejected the US$17 billion planned merger of NYSE Euronext and Deutsche Boerse for anti-competition reasons.

Matters accelerated on February 4, 2012 when the Deutsche Boerse surprised the securities industry with the closing of the FQB by September 30, 2012. Regulators required all FQB listed companies to upgrade to the more regulated and higher maintenance Open Market Entry Standard board. The deadline for this was later changed to December 15, 2012, along with the announcement of more stringent listing guidelines for those interested to move to Entry Standard.

The regional markets have been affected. Boerse Berlin, a popular regional German exchange that serves many foreign companies, halted listing of non-German incorporated businesses in mid-March 2012 (unless exemption is granted). It is expected that regional markets, like Berlin, Stuttgart and Munich will face another round of regulatory tightening as regulators turn their attention to regional markets

“We have actively sought entrance to the European capital market through Germany over this entire period of volatility,” concludes Dr. Yap. “It has been an educational and costly period for us. The purchase of a FQB listed company signifies our confidence in the German capital market. We fully understand the risk of graduating to the Entry Standard, but are willing to assume that risk as we have always aimed to achieve the highest accounting and governance standards in an effort to do an Entry Standard IPO.”