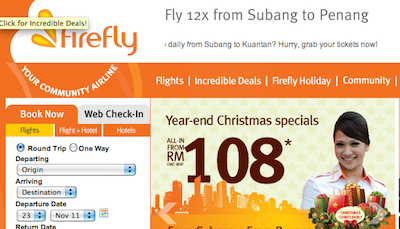 The abrupt resignation of Firefly managing director Datuk Eddy Leong Chin Tung has left questions swirling on the future of the community airline, a unit of Malaysia Airlines (MAS).

Speculation is rife that Firefly could cease to exist by April next year.

Malaysia blames higher fuel costs, and less demand for flights to and from Europe.

While Firefly has been making a profit, aviation analysts say it may find itself squeezed by Malaysia’s deal with seperate budget airline Air Asia.

Although details have yet to be released, Malaysia and Air Asia are expected to eliminate any overlapping routes.