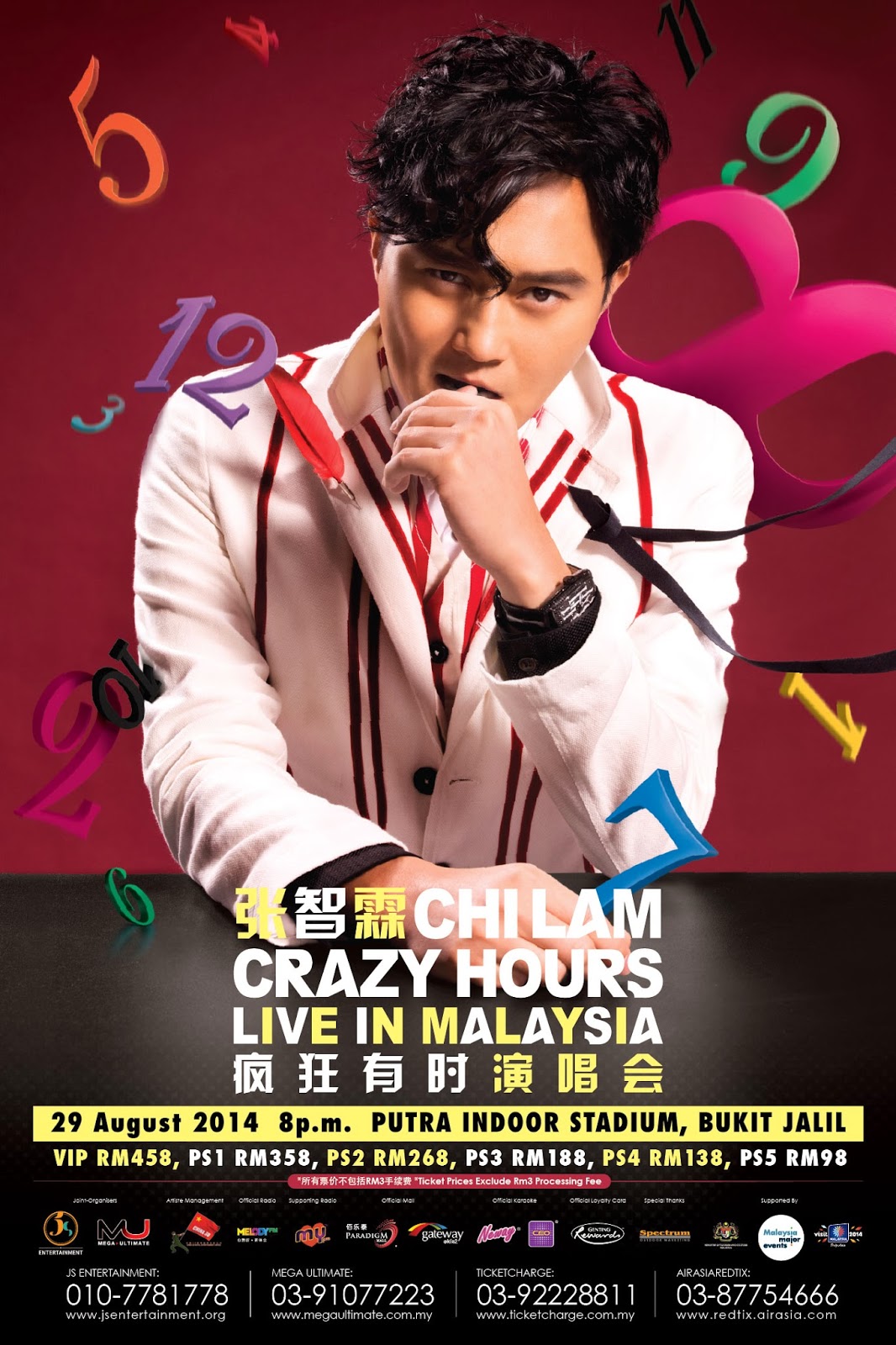 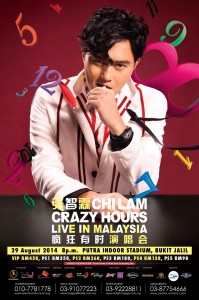 “Chi Lam Crazy Hours Live in Malaysia 2014” will be jointly-organised by JS Entertainment and Mega Ultimate on August 29, 2014 at Stadium Putra Bukit Jalil, Kuala Lumpur! After the concert announcement in Hong Kong, Chi Lam has sold out three concerts with overwhelming response from his fans! Hence, he has decided to bring the entire tour to Malaysia and make it the first ever solo world tour after his awards recognition as the Best Leading Actor in TVB Drama and the Most Popular TV Male Character.

“Captain Cool” is not the only iconic role in Chi Lam’s television career, but his image as the Casanova pilot left a lasting impression on many viewers. Fans are buzzing about the possibility of seeing Chi Lam reprises his “Captain Cool” image at the concert. As for whether or not he will bring his Captain Cool image to his own concert, Chi Lam teased, “There will be a segment in the concert where I will sing TVB theme songs. I will definitely sing ‘Wishing Kwan Well’ ??? [theme song to Return of the Cuckoo ??????? ]. As for the other songs, I hope the audience will be able to recognize. I want to keep it a surprise. I will consider all possibilities.” Chi Lam has also been working with famous Belgium fashion designer, Ann Demeulemeester for his concert attire and dealing closely with famous music director from “I’m Singer 2” with latest 3D special effects for the entire concert! During his 2011 concert, Chi Lam stripped off his shirt to flash his toned abs. Asked if he will do the same thing for his upcoming concert, fans must purchase concert tickets to witness the happening scenes!