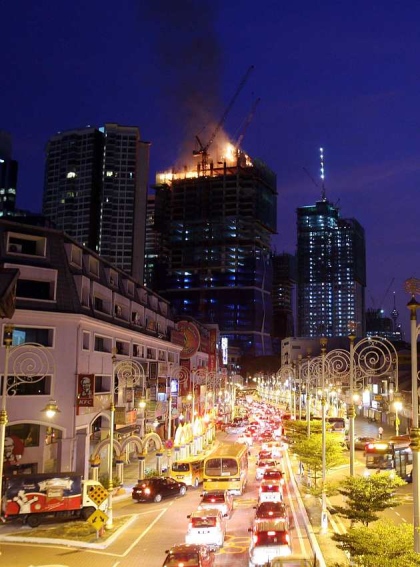 City Fire and Rescue Department Chief Khirudin Drahman said they received call about accident at 3.53am, before six fire engines were dispatched to the scene.
As of 6.45am, Khirudin said fireman were still fighting the blazing flame.

“The fire started on the 30th floor of the 33-floor building, which was expected to be completed at the end of this year.

“We encountered some problems fighting the blaze as the fire-fighting system installed was not fully functional. 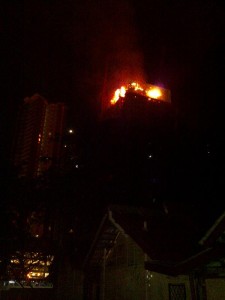