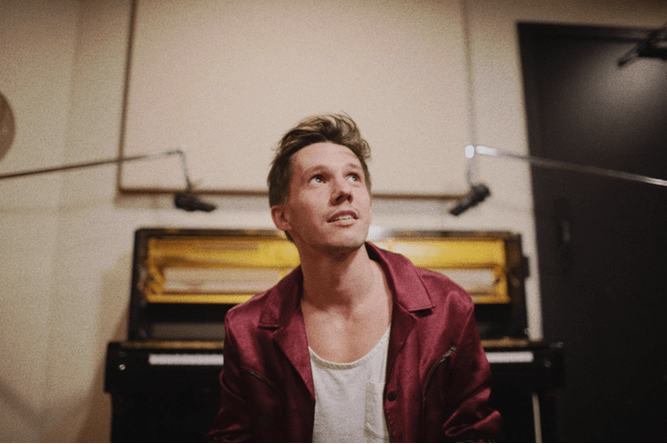 British singer/songwriter Joe Brooks is no stranger to Malaysia. Brooks first performed in Kuala Lumpur in the year 2012 before returning the following year with a full band. He has since released two EPs – ‘The Boy & The Broken Machine’ in mid-2013, and ‘I Am Bones’ later in 2016. Now, returning to the musical scene after a four-year hiatus, Brooks releases new single entitled ‘Pink Sky Moon’.

The song features an intimate and laid-back melody interpolated in poetry as the singer narrates his reminiscence of young love that winds smoothly from nostalgia to yearning. It crafts a wistful affection for a period in the past, yet it feels uplifting, not melancholic. The ambient soundscape of the wind, birds, and the tender laugh of a female personage takes you on a sonic adventure to a faraway remote place along the river.

The peaceful reflection of a romance’s fleeting details in the lyrics gives shape to the ballooning imagination of listeners as the song progresses, easily making it my favourite in Brooks’ oeuvre. Whether you are listening to this song alone in a quiet room or with a loud crowd by the stage, one can quickly visualise the eyes of the singer glinting with candour.

‘Pink Sky Moon’ brims with a freshness of sound and absence of musical clichés, solidifying Brooks to be one of the most uncompromising and idiosyncratic artists in the field.

Fans can expect a music video and further releases before the year ends. Meanwhile, ‘Pink Sky Moon’ is now available for streaming across digital platforms.