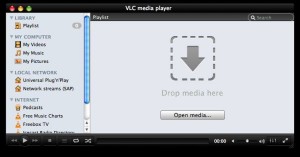 . The OS X version has a totally new user interface along with Blu-ray playback support.

Lets talk briefly about Blu-ray playback in OS X. Apple does not officially support Blu-ray as they provide no option for Blu-ray drives and the software support is poor to say the least. Blu-ray discs are encrypted so not just any player can play them. Since Apple doesn’t support Blu-ray, there hasn’t been a player that would enable one-click Blu-ray playback. However, it’s still been possible to rip and encode the video with the OS X version of MakeMKV, in which case the video will become a regular MKV file that is supported by various players. There is also a direct playback method but it’s rather complicated and doesn’t work with all discs.