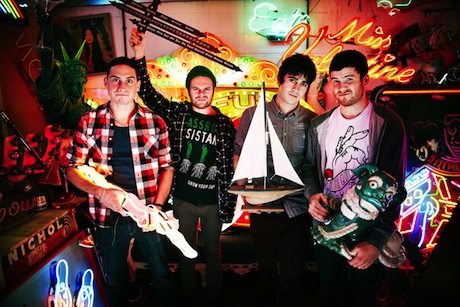 The organizers of Rockaway, Livescape Asia today announced its line-up for its

be held at the iconic KL Live on Jalan Sultan Ismail.

“We are very happy to announce these two Rockaway showcases. For a long time we have been

The Horizon have always come up on top and now, for the first time, the fans can see them live in

Malaysia. We look forward to seeing the fans rock-out at both shows and I urge them to purchase

their tickets early as we are expecting a sold-out show”, said Rahul Kukreja, Director of Livescape

Rockaway this year is expected to attract crowds of almost 5,000 per show.

band Lamb of God take the stage. Having just released their new album ‘Resolution’, the band is widely considered to be the spearhead of what heavy metal fans call ‘the New Wave of American 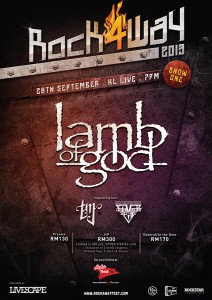 On October 17, fans can expect to rock-out with British metalcore band, Bring Me The Horizon. With

the band set to perform tunes from its latest album, ‘Sempiternal’ which was produced by Terry

Date (Linkin Park, Deftones), fans can expect to be blown away by soaring vocals, supercharged

melodies, and spine-tingling metal anthems. Also on the line-up for the second showcase will be

metal with elements of various electronic genres. In addition, the show on October 17 will also be

www.airasiaredtix.com. For more information on Rockaway, logon to: www.rockawayfest.com or


We were there last year and enjoyed it much, hoping for a fantasic one again!