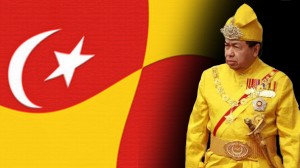 Islamic authorities will provide counseling to a dozen Malaysian Muslims to “restore their belief and faith” after they attended a community dinner at a church hall, a royal sultan said Monday.

The case has triggered worries among officials in Muslim-majority Malaysia that some non-Muslims were trying to convert Muslims. Proselytizing of Muslims is punishable by prison terms of various lengths in most Malaysian states.

Sultan Sharafuddin Idris Shah, the constitutional ruler of Malaysia’s central Selangor state, said Islamic officials who inspected a dinner at a Methodist church hall in early August found “evidence that there were attempts to subvert the faith and belief of Muslims.”

The sultan did not elaborate on the evidence or mention Christians in his statement, but said the evidence was “insufficient for further legal actions to be taken.”