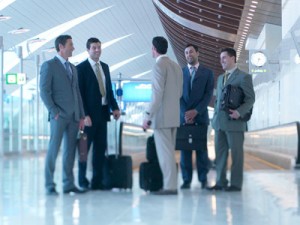 Malaysia made a strong pitch as an attractive destination for international Meetings, Incentives, Conferences and Exhibitions (MICE) at the three-day IMEX 2013 show which opened here on Tuesday.

Zulkifli Haji Sharif, MyCEB’s chief executive, who is also the current president of the Asia Association of Convention Bureaux, told Bernama that professional organisations such as medical bodies, were being targeted to be enticed to hold their meetings and events in Malaysia.

“Although the slowdown in many markets may have had an overall negative economic impact, associations of professionals in the west, will continue to hold their events such as annual conferences.

“Indeed, the association business is expected to grow as they have to hold their meetings annually. Associations provide high volume business and, with it, high yields, coupled with a spillover effect on various segments of the economy,” he said.

MyCEB has as such been closely monitoring associations globally to identify opportunities.

Besides targeting professional associations and the corporate sector, MyCEB has also created a special unit, Malaysia Major Events (MME), that monitors events related to sports, arts, entertainment and such.

Zulkifli said that MyCEB had succeeded in organising every year, three new events, along with 15 per cent domestic events with international content.

The MICE sector has evolved into an important economic factor and a high-revenue yielding source of business.

Some 1.75 million business travellers clocked into Malaysia in 2012, accounting for some 5.3 per cent of the total number of foreign tourist arrivals in the country.

MICE also contributed about RM10 billion in 2012, derived mainly from delegates’ expenses, while the overall economic impact was far greater and estimated at RM 17 billion.

Participating under the umbrella of the Malaysia Conventions and Exhibitions Bureau (MyCEB), 11 dedicated organisations from Malaysia showcased their services in various aspects of the MICE sector before a discerning international public.

The government has also recognised the importance of the MICE sector in the economic context, and is building up infrastructure to bolster its strength and attractiveness.

Convention facilities and new hotels are being built. MyCEB is also mulling the idea of setting up a convention centre close to the sprawling Matrade exhibition centre in Kuala Lumpur.

Zulkifli pointed out that under the Economic Transformation Programme, MyCEB had been set a target of attracting eight per cent of MICE-related visitors to the country by 2020, up from five per cent in 2010.

Ping Ho, general manager (sales and marketing) and Jennifer Ong, the industry services manager of MyCEB, were among those engaged in meeting the steady stream of visitors to the Malaysian pavilion at the IMEX show.

Participating under the umbrella of MyCEB, 11 dedicated organisations from Malaysia, showcased their services in various aspects of the MICE sector, before a discerning international public at IMEX.

IMEX 2013 is an exhibition that brings a host of event planners and suppliers together.