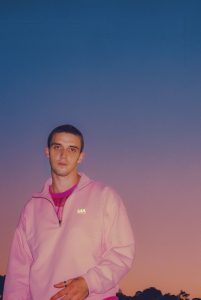 PLATINUM-certified independent singer, songwriter, producer, and pop visionary Lauv releases new track and video for “Changes.” Click HERE to listen! After teasing a snippet of the demo on his socials last week, Lauv finished the song and released it as a way to reflect upon the last year. The track is off Lauv’s 21-track debut album, ~how i’m feeling~, set for release on March 6, 2020.

Lauv said on the track, “I wrote ‘Changes’ about being at a point in my life where it just wasn’t working for me anymore. I wasn’t happy with myself, with the way I was living, and I felt like I needed to grow and evolve. It’s one of my most personal songs, and a massive favorite from the album.”

This fall, Lauv released the collaboration with LANY, “Mean It” and announced the March release date for his debut album ~how i’m feeling~. The video for “Sims” directed by Phillip Lopez (Kygo, Selena Gomez, Liam Payne) serves as the proper visual introduction of the “Little Lauv” characters that adorn his debut album artwork for ~how i’m feeling~ and make up Lauv’s “one man boyband.”

Lauv’s latest radio single “fuck, i’m lonely” with Anne-Marie track has over 250 million streams to date and peaked at #30 at Top 40 US radio. The pair performed the song on Late Night With Seth Meyers (video below). In addition, the track was also included on the current 3rd season of the popular Netflix show 13 Reasons Why, as well as this seasons soundtrack.