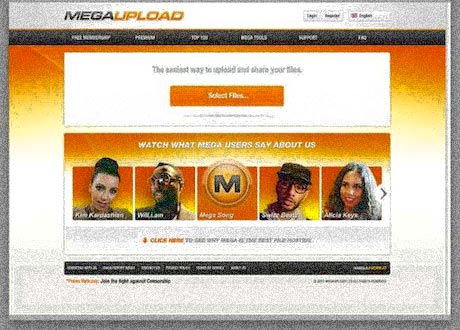 A sad case today for all internet users who love file sharing, as the ever so popular MegaUpload.com has been shut down by The Department of Justice (US).

After receiving indictments from a grand jury in Virginia for racketeering conspiracy, conspiracy to commit copyright infringement and other charges on Jan. 5, federal authorities on Thursday arrested four people and executed more than 20 search warrants in the U.S. and eight foreign countries, seizing 18 domain names and an estimated $50 million in assets, including servers run in Virginia and Washington, D.C.

While MegaUpload.com may seem like a usual file sharing host, the truth is it gained massive popularity because of it’s hosting of copyrighted materials, namely movies and TV shows.

In addition to MegaUpload founder Kim Dotcom who was arrested today in New Zealand, another six alleged members of the Mega “conspiracy” were charged in the indictment:

Dotcom, Batato, Ortmann and van der Kolk were arrested today in Auckland, New Zealand, by authorities there. Bencko, Echternach and Nomm are still at large.