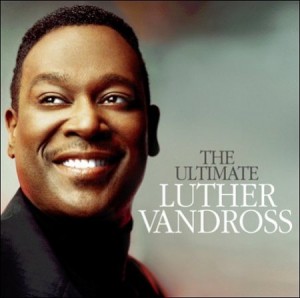 Luther Ronzoni Vandross was born on April 20, 1951 at Bellevue Hospital in Manhattan, New York City, United States. He was the fourth child and second son to Mary Ida Vandross and Luther Vandross, Sr.
Born on the Lower East Side of Manhattan in New York City in the Smith Housing Project, Vandross began playing the piano at the age of three. He grew up in a musical family that moved to the Bronx when he was thirteen. His sister Patricia sang with vocal group The Crests, who had a number two hit in 1958 with “Sixteen Candles”, though she left the group before the recording. Vandross’s father died of diabetes when Vandross was eight years old. Luther Vandross was in a high school group, Shades of Jade, that once played at the Apollo Theater in Harlem. He was also a member of a theater workshop, “Listen My Brother” who released the singles “Only Love Can Make a Better World” and “Listen My Brother”, and appeared on the second and fifth episodes of Sesame Street in November 1969.

If I could get another chance
Another walk, another dance with him
I’d play a song that would never, ever end
How I’d love, love, love to dance with my father again

When I and my mother would disagree
To get my way I would run from her to him
He’d make me laugh just to comfort me, yeah, yeah
Then finally make me do just what my mama said

If I could steal one final glance
One final step, one final dance with him
I’d play a song that would never, ever end
‘Cause I’d love, love, love to dance with my father
again

I know I’m prayin’ for much too much
But could You send back the only man she loved
I know You don’t do it usually
But Lord, she’s dyin’ to dance with my father again
Every night I fall asleep
And this is all I ever dream