Big Bang is having their world tour concerts, ALIVE TOUR 2012 and set to visit 25 cities in 16 countries all over the world. They have finally announced to have ALIVE Concert in Malaysia on 27th October 2012 at Stadium Merdeka. 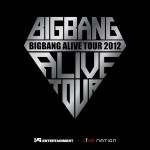 This is the first world tour concert of Big Bang and the fans will finally have their wishes come true. They received awards like Best Male Group, Song of the Year and Artist of the Year at Seoul Music Award after they have released hits like Last Farewell and Haru Haru.

The ticket price and seating plan will be released soon as promised by YG Entertainment. Therefore, stay tune for further information!