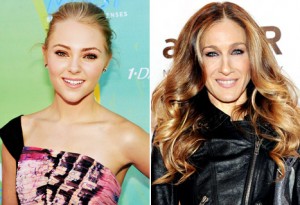 AnnaSophia Robb,an 18-year-old actress best known for her role as real-life shark attack survivor Bethany Hamilton in the 2011 movie “Soul Surfer,” has been cast as the shoe-loving, man-crazy Manhattanite in the CW network’s new series “The Carrie Diaries,” according to The Hollywood Reporter.

The new show will be based off of author Candice Bushnell’s novel of the same name, itself a prequel to her book “Sex and the City.”

Robb — who apparently found out about her new job after some of the rest of us — took to Twitter Tuesday to express her joy in landing the role made famous by Sarah Jessica Parker.
“So excited for #carriediaries!” Robb Tweeted. “It was online before I even knew hahahaha oh technology.”