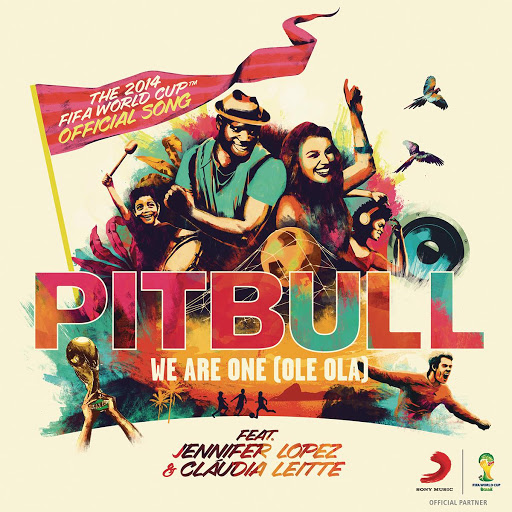 “We Are One (Ole Ola)” is a song recorded by Cuban American rapper Pitbull for One Love, One Rhythm – The 2014 FIFA World Cup Official Album (2014). It features guest vocals from American entertainer Jennifer Lopez and Brazilian singer Claudia Leitte. The song was written by Pitbull, Thomas Troelsen, Lopez, Leitte, Daniel Murcia, Sia Furler,Lukasz “Dr. Luke” Gottwald, Henry “Cirkut” Walter and RedOne, while production was handled by Gottwald, Walter, and Troelsen. Whilst receiving positive reviews from critics, the song has received some negative reactions from Brazilians over its lack of Brazilian feeling. “We Are One” has experienced moderate commercial success, reaching the top-twenty in countries including Italy, Spain, Germany, France and Austria.