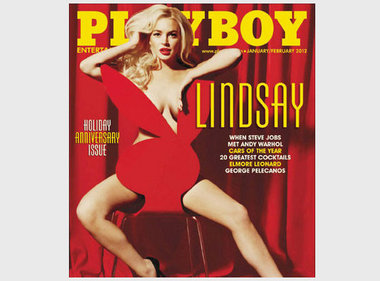 Playboy revealed a little more than it wanted to.

Somebody got an early copy of the Lindsay Lohan issue and soon the cover photo of the starlet straddling the famous bunny logo flooded the Internet.

The official cover image from the January/February issue, featuring a nude photo spread of Lohan channeling Marilyn Monroe, won’t be out until Dec. 15 and the magazine is to hit newsstands later in the month.

A rep for Lohan, 25, has called the layout “absolutely fantastic and very tasteful,” and magazine founder Hugh Hefner promises the pictures will be “very classy.” 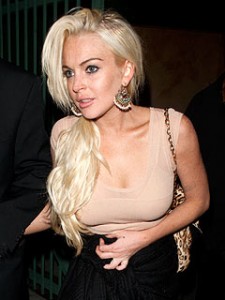