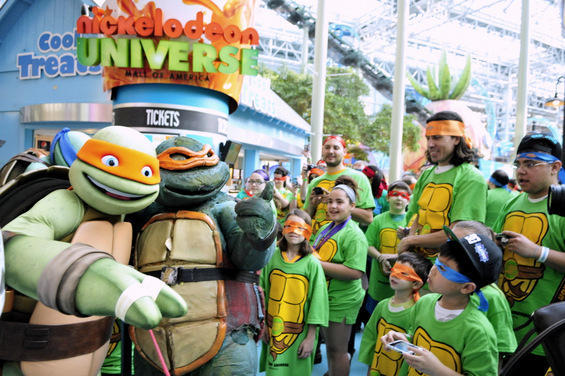 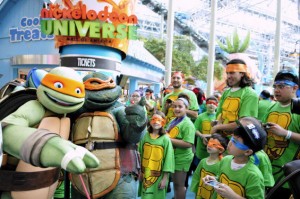 To celebrate the grand opening of its new ride — Teenage Mutant Ninja Turtles Shell Shock Mall — the Mall of America and Nickelodeon Universe attempted to break the standing Guinness World Record for the world’s largest gathering of Ninja Turtles on Saturday morning.

An adjudicator with Guinness World Records confirmed the crowd of amassed turtles numbered 836. The previous record was 786.

Organizers provided everyone in attendance with a free face mask and a T-shirt, and they were allowed to ride the new attraction for free.