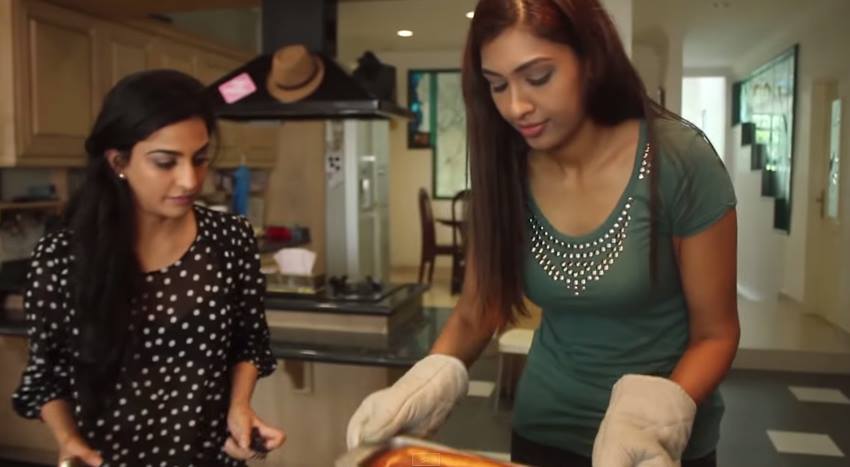 She started runway modelling during her teenage years to fund her way through school and had already won two beauty pageants which were Miss Selangor 2011 and second runner-up for Miss India Malaysia 2013. Despite the fact that she is inexperience in the beauty pageant industry, being crowned the Miss Universe Malaysia in 2014 back to December had still taken Sabrina completely by surprise.

2. She is a modern day farm girl who grew up in a country town 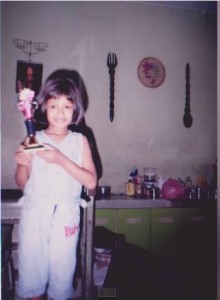 Surrounded by fresh air, wide-open space, peaceful and natural sounds, Sabrina was born and grew up in a farm town. Living in the “cowboy” town was some of her earliest and fondest memories in life. She used to help her father in the farm that consist of cows, goats, peacock and so forth. She cherished every minute spent with the goats and helped her father to get cows milking. One of her most interesting experience of growing up was sitting on the fishmonger table while waiting her father to be done with work at wet market after kindergarten.

3.She has an education background in psychology

Although Sabrina had an interest in law, politics, entrepreneurship and finance, the Malaysia representative ended up with a double Bachelor of Science majoring in psychology and communication, and later involve in the beauty pageant industry.

4. She plans to start up an NGO 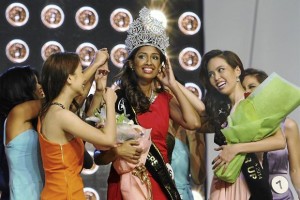 She is in the works of starting up her own real estate firm, and with her psychology education background, she aspires to launch an independent non- profit organization called Wings in The Future, that strings together professionals from different background and supports the causes close to her heart. The idea is still in its hatching phase and a lot of research needs to be done before launching the non-profit organization. She believes in helping victims rape, women and children’s rights and domestic violence because she has seen such cases among those who were close to her.

Sabrina has been known for her attempt at humour among family and friends. In an interview with the red carpet website, Sabrina said that she love satire and cat jokes. She always force her close friends and family to laugh at them even if they don’t turn out as funny as she would want them to be.

6. She will wear an evening gown that was designed by Fiziwoo designer Izree Kai Haffiz in Miss Universe pageant this year

Sabrina will be wearing this evening gown during Miss Universe beauty pageant.Sabrina elegantly paraded a stunning gold dress with detailed symmetrical sequin work to illustrate liquid gold dripping over her body. The designer said that gown was to show off Beneett’s hourglass and leggy figure of her body while the gold train further accentuates the beauty of Sabrina. Her beautiful skin tone made it easy to narrow down the colour palette for the gowns. 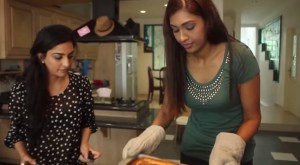 Sabrina loves baking, something that she always love doing. She don’t eat much when she bakes because she is crazy diet but she loves watching people, enjoy her cooking and baking and apparently she is really famous with her origin cakes. To people who want try, perhaps you can give a call to Sabrina!