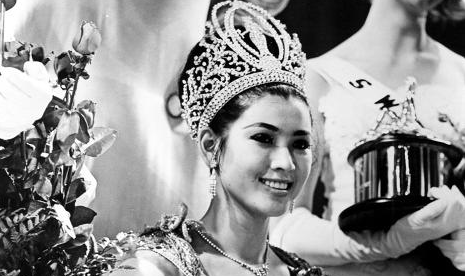 1. FIRST MISS UNIVERSE GAVE UP HER CROWN FOR MARRIAGE

Do you have the courage giving up your title like ‘Miss Universe’? The first Miss Universe in 1952, Armi Kuusela of Finland, gave up her crown as she wished to marry the love of her life. Shortly before her one year reign as the Miss Universe ended, she chose to give up her crown and title crown to marry Virgilio Hilario in Tokyo and she had five children with him.

Miss Universe 1957, Gladys Zender from Peru was the youngest Miss Universe in history. After being crowned, it was revealed that she was only 17 years old, a few months under the contest’s minimum age requirement. Pageant officials decided that she could keep the crown, after they were told she was considered to be 18 in Peru.

4. A MISS UNIVERSE WAS ABOUT TO “EXCEED WEIGHT”

Miss Universe 1996, Alicia Machado of Venezuela was warned by the Miss Universe organization as she had exceeded the maximum weight required during her reign and was possibly dethroned, but the requirement was not enforced.

Miss Paraguay Universe 1992 Pamela Zarza’s national costume measured 12 feet in height and 7 feet in width and had to be airlifted from her country.

7. NO MISS CONGENIALITY IS MISS UNIVERSE

It is interesting to note that no winner of the Miss Congeniality Award has ever gone to win the Miss Universe title In its entire pageant history.

In Perth, Australia, Maritza Sayalero of Venezuela was crowned as Miss Universe 1979 but at the same time, another news item shared the spotlight when moments after the coronation, the stage collapsed. A group of candidates fell on the hole which saw Misses Malta (Dian Borg Bartolo) and Turkey (Fusin Tahire Dermitan) getting a concussion and badly bruised, respectively.

9. MOST WINNERS OF MISS UNIVERSE ARE FROM USA

10. MOST NUMBER OF MISS PHOTOGENIC AWARD BELONGS TO PHILIPPINE